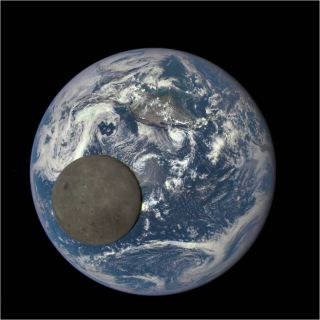 China is planning to land a probe on the far side of the moon as part of its Chang'e 4 lunar mission, with and new details about potential instruments for the spacecraft coming to light.

Last month, scientist Y.L. Zou and colleagues from China's Key Laboratory of Lunar and Deep Space Exploration in Beijing were slated to discuss the Chang'e 4 moon mission (or CE-4 for short) during the Fourth European Lunar Symposium in Amsterdam, the Netherlands. The CE-4 scientific objectives are anchored to a lander, a rover, and use of a telecommunication relay that will be sent to the Earth–moon L2 Lagrange point.

Under the current plan, CE-4 would launch toward the moon in about 2018. The weight of payloads onboard the lander total about 77 pounds (35 kilograms) and 37 pounds (17 kilograms) on the rover. [Chang'e 3 in Photos: China's 1st Moon Landing & Lunar Rover]

CE-4 mission "propositional payloads" involve six on the lander, five payloads on the rover, and one payload on the telecommunication relay orbiter. The researchers report that the scientific objectives of CE-4 are many, including:

Once on the moon, the CE-4 lander would use cameras, a dust-analyzer, and other instruments.

Firmly footed on the bleak lunar terrain, the lander would also serve as a lunar far side radio astronomical station, staging low, mid and high-frequency sweeps of space from the lunar surface.

Along with other devices, the Chinese lunar rover is expected to be equipped with ground-penetrating radar.

In related moon research, another paper that was scheduled to be presented at the meeting details probing of the lunar ionosphere. This investigation made use of a service module now in lunar orbit. That module was a component of China's circumlunar return and re-entry mission that occurred in late 2014.

That module remained at that location until Jan. 4, 2015 then conducted a departure maneuver to leave EML2 and begin a transition into lunar orbit. The module arrived on Jan. 11, 2015 in lunar orbit and then lowered closer to the Moon. It imaged the target landing zone for the 2017 Chinese lunar sample return mission — Chang'e 5 — a touchdown site which has yet to be disclosed.

"During this period, we performed the radio occultation experiment to detect the lunar ionosphere," notes M. Y. Wang of China's National Astronomical Observatories.

The observation confirms the presence of a large ionosphere surrounding the moon, and data was collected on the total electron content, M.Y. Wang and his research colleagues report.

They add in their abstract for the recent meeting: "In the future, we will perform more observation and work on the lunar ionosphere and its distribution characteristics."

Leonard David is author of "Mars: Our Future on the Red Planet," to be published by National Geographic this October. The book is a companion to the National Geographic Channel six-part series coming in November. A longtime writer for Space.com, David has been reporting on the space industry for more than five decades. Follow us @Spacedotcom, Facebook or Google+. Original story published on Inside Outer Space.