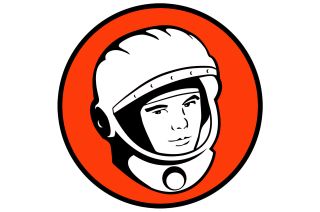 Fifty-five years ago today (April 12), cosmonaut Yuri Gagarin made history. He climbed into his Soviet Vostok 1 capsule and launched into space, ushering in the era of human spaceflight. Space fans mark Gagarin's feat each year with Yuri's Night, a series of cosmic shindigs and parties around the world to celebrate all things space, and this year's events promise to be ones to remember.

There are more than 200 events planned for Yuri's Night this year as the global space party enters its 16th year. Even Disney is marking the occasion, with its Disney Junior TV animated sci-fi show Miles from Tomorrowland teaming up with Yuri's Night to help kids learn how to how to plan their own space parties.

In Russia, today is an official holiday (called Cosmonautics Day), and four events are planned in and around Moscow to mark the occasion and you can bet the six crewmembers on the International Space Station will celebrate Yuri's Night in orbital style. This year, Yuri's Night is also offering a limited-edition 2016 #BeAnAstronaut patch  on its website to celebrate.

"At both the Amundsen-Scott South Pole Station and McMurdo Station in Antarctica, scientists and explorers will once again raise a traditional toast to Yuri from the bottom of the world," Yuri's Night representatives wrote in an April 9 statement.

"The team is at full throttle while more registrations continue to pour in." Yuri's Night Chairman & President Dr. Ryan Kobrick said in the statement. "It's hard to express how excited we are to help connect hundreds of stellar registered events in over 50 cities on all 7 continents all celebrating human spaceflight. The Disney Junior Miles from Tomorrowland partnership is the most impactful educational program we have ever been a part of, and we are honored to work with the best storytellers in the universe!"

The list of Yuri's Night parties around the world is long and varied. In Cologne, Germany, the Odysseum museum is hosting a two-hour roundtable talk on "Mission to Mars" to discuss the challenges of exploring the Red Planet. Meanwhile, students at the Federal University of Technology in Akure, Nigeria will present a play "Voyage to Mars." Other celebrations include star parties, space station sightings and film screenings.

You can find out if there's a Yuri's Night event by visiting: https://yurisnight.net/events/