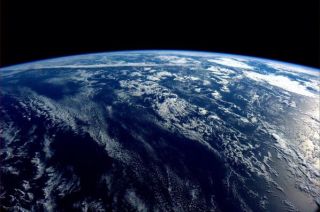 Friday (July 4) is a special summertime holiday for Americans on the ground and also in space.

While people around the United States are barbecuing, drinking cold beverages and enjoying the summer sun, NASA astronauts aboard the International Space Station will also celebrate the Fourth of July from orbit.

Steve Swanson and Reid Wiseman, the space agency's two astronauts currently on the station, will have the day off to celebrate the holiday. The other four members of the Expedition 40 crew will also have an off day, NASA spokesman Daniel Huot said. [See photos of astronauts celebrating the holidays in space]

"On an off-duty day, it’s entirely up to the crew how they spend their day (aside from the required exercise periods), so they could be taking care of optional items like video messages and photos, get-ahead tasks for upcoming experiments or maintenance work, just relaxing and reading or watching TV, staring out the window at the Earth below," Huot told Space.com via email. "Really up to them."

Wiseman and Swanson might take the chance to speak to their families via video conference or the Internet Protocol phone on the space station during their downtime.

When the astronauts do look out the window on Friday, they might be treated to a bird's-eye view of fireworks. Some astronauts have reported seeing colorful blasts sent up into the air from the surface of Earth from their posts in space, though such sightings are rare.

"One astronaut, Andre Kuipers, mentioned on Twitter that he had seen fireworks once, but they were very small," Huot added. "Most fireworks take place beneath cloud layers and other atmospheric obstacles as well, making it even more difficult to pick out."

This Fourth of July, you can also try to spot the International Space Station from the ground using a host of smartphone apps and web tools. Enter your city, state or country into a satellite-tracking website like NASA's Spot the Station to see a list of times detailing when the station will pass overhead. The space station looks like a bright, fast-moving star as it goes by.

If you take a photo of the station going by, you can use the hashtag #spotthestation on social media to share your view with other interested space fans.