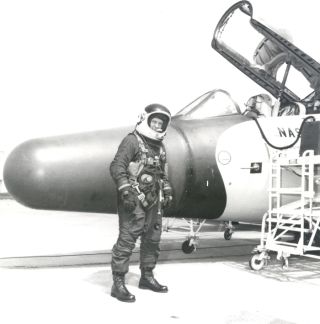 The record altitude of 63,300 feet was reached during a four-hour flight. Sullivan, in a high altitude pressure suit, operated color infrared cameras and multispectral scanning equipment as the WB-57F spent one and one-half hours of the Big Bend area of West Texas.

Piloting the aircraft was Jim Korkowski, one of the NASA Airborne Instrumentation Research Program Pilots. The flight was out of Ellington AFB near Houston.