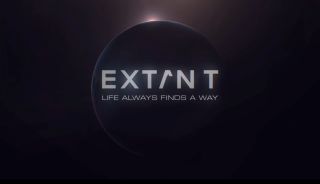 It looks like Halle Berry has an eye on space. The Academy Award-winning actress is set to portray an astronaut in the new CBS thriller "Extant" launching in July.

"'Extant' is a mystery thriller about a female astronaut trying to reconnect with her family when she returns after a year in outer space," CBS officials announced this month. "Her experiences lead to events that ultimately will change the course of human history." The series will premiere July 2.

CBS has revealed little about the actual story for "Extant," or exactly what Berry's astronaut character was supposedly doing in space for a year. A trailer posted by CBS Entertainment on Jan. 19 does little to answer those questions, but does add a creepy vibe to the upcoming series.

While "Extant" appears to have a sci-fi flair, it is worth noting that an astronaut spending a year in space is hardly science fiction.

In 2015, NASA astronaut Scott Kelly and Russian cosmonaut Mikhail Kornienko will launch on a one-year mission to the International Space Station as part of a study on how the human body responds to long-duration spaceflights. Typical space station missions have run about six months in duration, but future trips to Mars and other deep-space locales will need to last much longer.

So will we see Halle Berry's character grapple with the challenges of readapting to Earth's gravity after a 12 months in space? Looks like we'll have to tune in and see.

"'Extant' is a very original concept with layers of humanity, mystery and surprise that reveal itself throughout the script," CBS Entertainment President Nina Tassler said in an Aug. 7 statement.