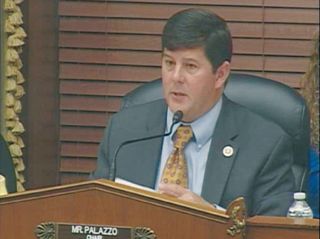 WASHINGTON — On the same day that another House panel approved the smallest NASA budget since 2007, the House Science space subcommittee approved — on a straight party-line vote — a two-year NASA authorization bill that would ban a proposed asteroid capture mission, cut back NASA's Earth science program, and mandate more crewed exploration of lunar space in preparation for an expedition to Mars.

The NASA Authorization Act of 2013, written by the subcommittee’s Republican leadership, passed by a vote of 11 to 9, with no Democrats supporting the proposal and one Republican abstaining. The bill must still be approved by the full House Science, Space and Technology Committee before the House can vote on whether to send the proposal to the Senate.

The subcommittee bill authorizes $16.87 billion for NASA in both 2014 and 2015, a level consistent with the across-the-board sequestration cuts mandated by the Budget Control Act of 2011, but about 5 percent lower than NASA's budget in 2012. [NASA's Space Exploration Goals for 2014 (Photos)]

Holding authorized funding to the sequestered level did not sit well with the subcommittee’s ranking Democrat, Rep. Donna Edwards (D-Md.). Edwards, as she promised July 8, attempted to substitute her own bill, which authorizes $18.1 billion for NASA in 2014 and 2015, for the Republican-authored proposal that ultimately was approved.

Edwards insisted there was nothing in the Budget Control Act of 2011 that limits the funding ceilings authorizing committees can set for congressional appropriators.

"I have yet to find anything in the Budget Control Act that stipulates what funding the committees can authorize," Edwards said. "You can be fiscally conservative and still support this amendment”

The subcommittee’s chairman, Rep. Steven Palazzo (R-Miss.), did not buy that argument.

"I share the concerns of many of my colleagues about sequestration," Palazzo said. "But at this time, it is the reality under which we must operate."

Edwards’ bill, offered as an amendment in the nature of a substitute, was shot down along party lines, with all 12 subcommittee Republicans voting against it, and all nine Democrats for it.

Rep. Eddie Bernice Johnson of Texas, the top Democrat on the full committee, chastised her Republican colleagues for authorizing such a low level of spending for NASA.

"Some of my colleagues on the other side of the aisle may say that they have to cut NASA’s funding in the authorization bill because of sequestration," Johnson said. "That's simply not true ... if members want to force NASA’s authorization down to sequestration levels, they should not pretend that any law is forcing them to do so."

Johnson added that the Republican bill would hurt NASA centers and the people who work there while "put[ting] NASA on a path to mediocrity."

Among other things, the subcommittee’s bill would: