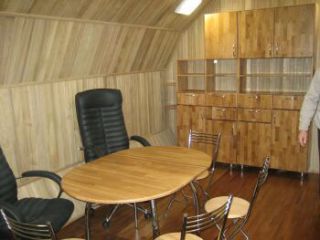 Starting March 31, the selected adventurers will spend 105 days in isolation,as if they were really journeying to the red planet. They will simulate abbreviatedperiods of travel to and from Mars, as well as a stay on theMartian surface. All the while, scientists from a mock control center willwatch what happens to the crewmembers? levels of stress, hormone regulation, immunity,sleep quality, mood and diet.

?We want to learn about the effect of isolation onperformance, behavior, and interaction within the group,? said ESA Mars500program manager Jennifer Ngo-Anh. ?Hopefully, we will test counter measures andthings like remote medical assistance, tele-medical equipment.?

If problems do arise in the isolation facility, locatedoutside Moscow, the crew will try to handle it themselves, with help from themission controllers. Contact between the crew and the control center will havea 20-minute delay, to simulate the communications lag a real mission wouldexperience. For the duration of the mission, the crew will only havepersonal contact with each other, and voice contact with mission controllers, familyand friends.

While in isolation, the team will follow a similarschedule to that of International Space Station (ISS) astronauts, with work,rest and exercise. They will even eat the same food as the ISS astronauts. The Mars500crewmembers will be paid 15,500 euros ($20,000) each for their participation.The mock Mars expedition reportedly costs about $15 million.

Later in 2009, an extended 520-day mission will begin,including the 250-day one-way trip to Mars, a 30-day stay on its surface, andthe 240-day return flight. The team for that longer experiment has not yet beenchosen.