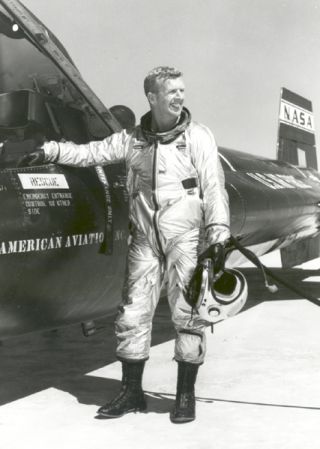 In this historical photo from the U.S. space agency, NASA test pilot Joe Walker stands beside an X-15 airplane, following 169,000-foot altitude flight on March 30, 1961. The X-15 flew 199 times from 1959 to 1968 and was an extremely successful aeronautics research program that laid the hypersonics basis for later spacecraft such as the Space Shuttle.