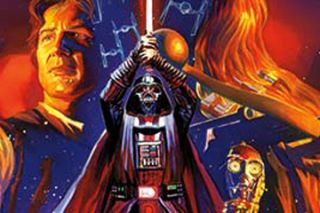 Is J.J. Abrams directing the next "Star Wars" after all?

From the "grain of salt" files, movie website "the Wrap" first reported that the director had taken the job of helming Star Wars: Episode VII for Disney, citing "an individual with knowledge of the production."

Deadline.com followed-up soon thereafter with their own report, also citing "a source with knowledge of the situation." No official confirmation has been given by Disney, Lucasfilm, or anyone representing Abrams. Variety posted a report of their own, citing no source.

The Hollywood Reporter has perhaps the most convincing report, however, citing "sources," plural, and saying that Abrams is "negotiating to direct," not that the deal is done.

Abrams was rumored for the position almost as soon as it was announced that new Star Wars movies were going to be produced, alongside Brad Bird and Steven Spielberg. However, in a November 2012 interview with Entertainment Weekly, Abrams told the publication that while he entertained the idea early on, he was not going to be directing Star Wars 7, also telling Empire, "I declined any involvement very early on."

One thing that may have hampered Abrams early on, however, was his involvement with the Star Trek franchise. However, his initial reported contract with Paramount ended with 2012, despite the sequel Star Trek Into Darkness having a May 2013 release. Regardless, to many fans, this would be like the same director handling both a major Marvel franchise like X-Men and a major DC one like Superman... something that Bryan Singer did with the first two X films and Superman Returns, plus the upcoming return to the X-Men franchise with Days of Future Past. [Unsolicited Advice for Disney's Star Wars Trilogy]

So while Abrams jumping ship from Enterprise to Falcon is certainly possible, it would likely mean his days with the Star Trek franchise are over, at least for a film or two. With Star Wars on track for 2015 (reportedly going that year alongside other geek heavyweights Avengers 2 and Justice League), Abrams would not be able to commit to a third Trek in a row, assuming Paramount tries to stay on a 3-4 year release schedule for the series.

The script for Episode VII is being written by Michael Arndt, to date the only officially confirmed person involved with the 2015 film outside of Executive Producer Kathleen Kennedy of Lucasfilm and George Lucas as a creative consultant.

Newsarama will have more when there's official confirmation either way.