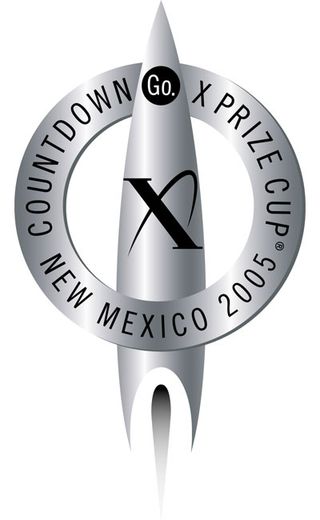 LAS CRUCES, New Mexico -- Preparations are in full swing for the Countdown to the X Prize Cup--a celebration of a new generation of private passenger-carrying spaceships built for speed and to foster space tourism.

An array of spaceship concepts will be spotlighted during a Spaceflight Exposition, to be held here October 9 at the International Airport-Las Cruces, along with entrepreneurs, engineers, and pilots involved in the projects.

Peter Diamandis is the mastermind behind the Countdown to the X Prize Cup, and is Chairman and Chief Executive Officer of the X Prize Foundation.

"My goal is to create an event that will be the Oshkosh or grand prix of space...an event that will attract space fans and families from around the world who want to come and see these rocket-powered ships fly and meet the entrepreneurs building them," Diamandis told SPACE.com.

At the Spaceflight Exposition, the action-packed lineup includes:

One sure-fire hit at this week's expo is the XCOR Aerospace EZ-Rocket.

XCOR Aerospace is located in Mojave, California and will conduct multiple flight tests of their rocket plane - a step toward the company's vision of developing a suborbital business.

Slipping into the EZ-Rocket seat will be pilot Richard Searfoss, a former shuttle astronaut.

"He has been practicing a whole new airshow routine," said Rich Pournelle, XCOR's director of business development. Also on tap, the craft will do in-flight restarts and touch-and-go landings, he said.

"We've been working hard getting the EZ-Rocket airshow ready. It's one thing to do a test on your own schedule. It is another to it in front of a big crowd, on a schedule and hundreds of miles away from the shop," Pournelle said.

An objective of the expo is to show the diversity of approaches to personal space travel, not only in the United States, but around the globe.

"People will be able to see things that are being done in other areas of the country, and the world, said Aleta Jackson, an XCOR Aerospace executive. "Those of us who have been working so hard on our projects will have an opportunity to meet the very people who we want to sell rides to, or whom we might want to hire," she said.

Jackson said the upcoming exposition also reveals a truism: "Building and flying rocket-powered vehicles is not limited to a few, but can be done by anyone who has the knowledge, will and ambition."

"Space development offers a hopeful future to all of us," Jackson said.

Diamandis pointed out that it is nearly a year after the winning of the $10 million Ansari X Prize by Burt Rutan's SpaceShipOne.

"The winning of the Ansari X Prize changed the paradigm that spaceflight had to be developed by large governments," Diamandis explained. "It showed that the private sector, through small entrepreneurial companies with bright young talent, could achieve big results with small budgets, in relatively short periods of time. It showed that prizes and competitions are one very effective means to achieve success."

There is much work yet to do, Diamandis added.

"Now we must keep the competition going, and help push the envelope faster, higher, and cheaper, to build the safe spaceships that will carry all of us to space. To this end, we have partnered with the state of New Mexico to create the X Prize Cup...to attract tens of thousands of people each year to New Mexico to see the spaceships of tomorrow take racing to new heights," Diamandis said.