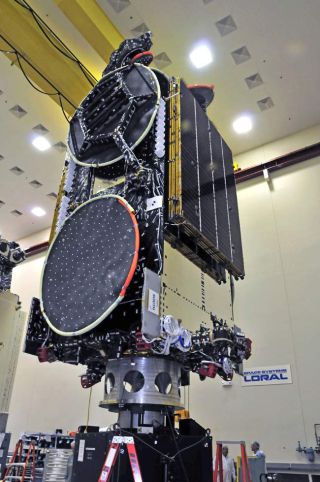 SES-4’s launch atop a Russian-built Proton rocket was postponed for “technical reasons,” ILS said. The U.S.-based but Russian-owned company, which arranges commercial Proton launches from the Baikonur Cosmodrome in Kazakhstan, provided no further details, and no new launch date was announced.

This is the second delay for SES-4 in a month. The satellite, owned by fleet-operator SES of Luxembourg, was to have launched Dec. 27, but that flight was called off due to problems with the Proton rocket’s Breeze-M upper stage.

The rocket and satellite have been removed from the launch pad and returned to an integration facility at Baikonur, ILS said in the release. Following “corrective measures and additional testing,” a new launch date will be scheduled, ILS said.

SES-4 was built by Space Systems/Loral of Palo Alto, Calif. At 6,180 kilogram, the satellite will be the largest in the SES fleet.