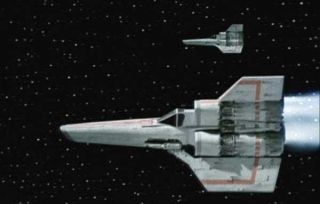 Sometimes you just need time for yourself. Why should it be any different when it comes to spaceflight?

The allure of individual spacepods has been a staple of science fiction, but like flying cars, it may never become a reality for the average driver. But that doesn’t mean you can’t head off to Russia’s planned orbital hotel or inflatable moon bases, when and if they become a reality.

Commercial spaceflight is closer to reality than ever. Richard Branson’s Virgin Galactic is the best known example, which uses the technology from the AnsariX PRIZE winning company, Scaled Composites, and has tweaked it to take small groups up into earth's orbit.

Eager, deep-pocketed, aspiring cosmonauts have already had the chance to go to space. Russia offers rides on the Soyuz spacecraft to the International Space Station for about $20 to $40 million. Virgin Galactic will slash that price to about $200,000 – which will not go to the ISS for now, but instead head just above Earth for a few minutes of weightlessness before coming back down. [10 Private Spaceships Becoming Reality]

But wait, you want to go into space alone, right? In that case, you might want to think about a job with XCOR Aerospace, which is developing their Lynx, a suborbital spacecraft that will take one pilot and one passenger 60 miles above earth for a few minutes of weightlessness then coast back to solid ground. XCOR is scheduled to have its first commercial flights in 2014 out of Curacao, where it will have a full spaceport and flight training center.

Part of the reason that commercial space flight has accelerated so quickly in the past decade is due to both a change in thinking and an evolution of industrial processes, according to Mike Massee, spokesperson for XCOR.

"In the 1940's and 50's, NASA had to essentially build everything themselves," Massee told InnovationNewsDaily.

Today, there are catalogs of parts for aspiring commercial aerospace companies to order from. Advanced composite materials have also allowed for stronger, lighter design. Add in the Internet to speed up research and modern day 3D computer design, and companies can move much faster using smaller teams of people.

The current model that both Virgin Galactic and XCOR have is to take people up on short trips for a few minutes. The cost of a XCOR trip, which is 35 minutes total, is currently about $95,000.

Although you can’t take a Lynx up to space yourself, there is a chance that in the future people could go through flight and astronaut training to be certified pilots (quite a bit of training likely, the two test pilots working for XCOR were former Air Force pilots). Currently, the Lynx can not take you to the ISS or that futuristic Russian space hotel.

Rather than scoffing at the sci-fi fantasy, Massee said that many at XCOR and in the industry in general, continue to be inspired by the imagination of science fiction writers.

"We realized no one else was going to do this for us," Masses said of going to space. "Our CEO is not so interested in the technology as rather what you could do with space once you got there. First we have to build our own ride."

This story is part of our series "Where's My Future?" that looks at areas of technology that have failed to catch up with the predictions of science fiction. The rest of the series can be found here.