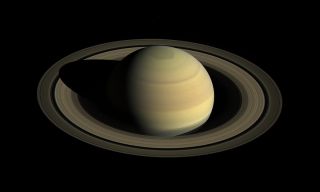 It's going to take more than one milestone mission per planet for scientists to crack the mysteries of Jupiter and Saturn.

That's one scientist's conclusion about the puzzles that NASA's Cassini and Juno missions have revealed. Cassini finished its 13 years at Saturn in September 2017; Juno recently passed the halfway point in its orbits of Jupiter. Both missions have produced incredible data about the detailed workings of the two massive gas giants, and scientists have been hard at work interpreting that data.

"Although there are puzzles yet to be explained, this is already clarifying some of our ideas about how planets form, how they make magnetic fields and how the winds blow," David Stevenson, a planetary scientist at Caltech, said in a university statement released in conjunction with his presentation at this week's meeting of the American Physical Society in Boston.

Stevenson is particularly focused on data from Juno, which has been at Jupiter for two and a half years. In that time, the probe has found plenty of unexpected phenomena at the gas giant, including strange strong and weak spots in the planet's magnetic field and heavy elements spread throughout the planet.

Fortunately, the spacecraft has more than two years left in its stay, and scientists are still poring through the data gathered by its predecessor at Saturn.

"A successful mission is one that surprises us. Science would be boring if it merely confirmed what we previously thought," Stevenson said.