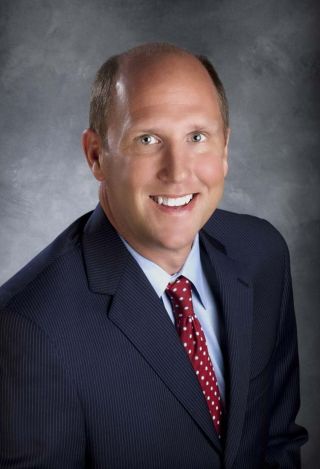 The mayors of two Alabama cities that serve as home to manyspace agency workers are among the outspoken voices arguing to save NASA's Constellationprogram designed to send astronauts back to the moon.

Obama has proposed canceling the Constellation program infavor of sending humans to an asteroid and then to Mars. He aims to shut downConstellation's Ares rockets and repurpose its Orion spacecraft while lookingto commercial companies to build spaceships to take people to low-Earth orbitand the International Space Station. A U.S. House of Representatives vote on NASA'snew budget and space plan is expected for tomorrow (Sept. 29). [NASA'sNew Direction: FAQ]

But many are nervous to turn such a major responsibility ofNASA's over to the untried private sector, said Tommy Battle, mayor ofHuntsville, Ala., home to NASA's Marshall Space Flight Center, which wasresponsible for the Constellation program's Ares I and Ares V rockets.

"To say now that we're going to turn it over to a groupthat's not proven, who has no track record and their biggest achievement isthat they?ve put a rocket into low-Earth orbit, which NASA did back in the1960s, it just doesn?t make sense to our community," Battle toldSPACE.com.

Paul Finley, mayor of the neighboring city of Madison, Ala.,agreed.

"I'm the first to advocate anything that doesn?t needto be governmental? let me control my own destiny," he said. "But inthat case I just don?t know how that's ever going to work."

Debate over the new plan is ongoing in Congress. A NASAauthorization bill approvedby the Senate in August largely shuts down Constellation and hews to theproposal set forth by the president.

If Constellation is abandoned, many jobs for the skilledworkers at Marshall will be lost, the mayors said.

"These are not employees who have done anythingwrong," Battle said. "These are employees who have worked a lifetimefor a mission to make the United States number one in space exploration. Andnow to find that they're being laid off because a handful of people have adifferent idea? is a very frustrating thing for the community."

Another element of Obama's plan that galls the mayors is hisgoal for NASA to decide on a design for a newheavy-lift rocket by 2015. This is particularly cutting to the largeAlabama community that specializes in heavy-lift engineering, Finley said.

"If you wait 'till 2015 you?re going to lose a majorityof the core team that you so desperately need when you make the decision,"Finley said. "You don't have the team that's needed to go do it."

There were some elements of the plan that the mayorssupported, such as the ultimate goal of travel to Mars, but Battle argued thatstopping at the moon first is a necessary precursor.

"You need to do that mini-trip before you do the deepspace trip so that you can make sure you've learned all the lessons that youneed," he said.

Ultimately, the future for NASA is still undetermined. Andfor those whose livelihoods depend on Constellation, that means there's stillhope that some elements of the program may survive, the mayors said.

"I'm not sure that everybody's ready to give up thefight that Constellation is a foregone conclusion yet," Battlesaid."Congressionally and across the board, I think there's still supportout there and it's just one of those issues that will probably be settled inthe next Congress."