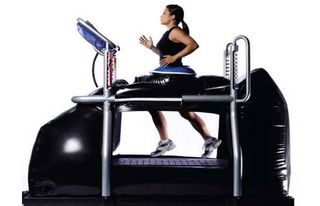 NASA has always relied upon extreme engineering to tackle the equallyextreme challenges of space exploration, and to enable the great scientificdiscoveries and feats of spaceflight that have dazzled the public over thedecades. Much of that engineering has now come back down to Earth in the formof technological applications that touch the lives of millions, as detailed inthe U.S. space agency's annual "Spinoff" report released this month.

Spinoff tech can creep into common items such as UV-resistant swimwearand clothing, or enter crucial systems such as third generation (3G) cellular networks. Butwhatever the application, all the spinoffs draw upon their strengths as rigorouslyengineered solutions driven by the unprecedented demands of space exploration.

For instance, NASA helped create a less brittle type of aerogel thatinsulates space shuttle systems against the subzero temperatures of its liquidoxygen and hydrogen fuel, maintained at -297 degrees F and -423 degrees F,respectively. The same aerogel material has since become a part of oil pipelineinsulation, extreme weather clothing and infrared shielding for militaryhelicopters.

All those astronaut exercisesaboard the International Space Station have translated into"anti-gravity" treadmills that help rehabilitate wounded soldiers, notto mention injured athletes on professional basketball and football teams. TheG-Trainer device turns the original NASA concept on its head by adjusting airpressure to dial down the weight on a person's lower body, rather than addingweight to an astronaut's lower body in a low gravity space environment.

NASA engineers directly lent their talents in upgrading a robot thathelps soldiers find improvised explosives in Iraq and Afghanistan. The engineers had borrowed two MARCBots as a means of testing a futuristic wirelessnetwork for deployment on the moon, but ended up replacing the analog camerawith a digital camera,encrypting the controllers and video transmission against possible hacking, andboosting the robot's movement and communications. Hundreds of newly upgradedrobots have now gone overseas to join their human wranglers in the U.S. military.

The search for life onMars has inspired NASA scientists to create biosensors based on nanotubes thatcan detect illness-causing bacteria such as strains of E. coli. Such sensorscut down testing times from days to just two hours, and may soon help detectbacteria, viruses and other pathogens in everything from shower water to fruitsand vegetables.

Even early space-age technology from the days of the Apollo program'ssplashdown landings continues to save human lives on Earth. Back then, NASAengineered a stabilized life raft that could resist choppy seas and avoidflipping over with astronauts inside during helicopter retrievals. If extremecircumstances managed to flip the tent-like raft, water ballast helped the raftdo a somersault and right itself.

Entrepreneur Jim Givens bought the license to NASA's raft afterpatenting his own similar design, and has since sold several thousand of theinflatable rafts credited with saving the lives of over 450 people at sea. One raftwent through the most brutal of tests during Hurricane Allen in 1980, when fourmen rode out 35-foot waves and wind gusts of up to 218 mph. Sometimes the raftbecame submerged beneath several feet of water and flipped before rightingitself, which lead survivor Bob Harvey to comment, "We didn?t feelcomfortable, but we did feel secure."

Some U.S. taxpayers may continue to grumble about a space agency thatsets lofty goals and then sometimes scrambles to meet them. But in NASA's case,the technological journey and the act of reaching for new worlds has alreadyborne much fruit on Earth.

This article was provided by TopTenREVIEWS.com.