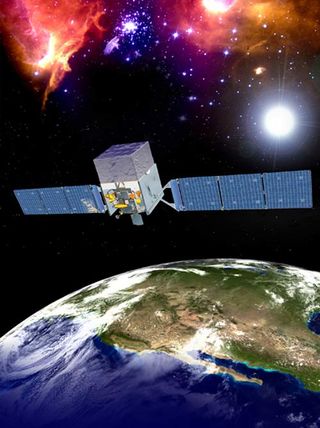 NASA?s GLAST space observatory has powered up and startedsending signals back to Earth.

"Powering up the LAT has been even smoother than wehad hoped,? said Rob Cameron, operations manager at SLAC. ?We're alreadyreceiving high-quality data that we can use to get the instrument ready for thebest science return."

GLAST will use gamma-rayvision to see the most energetic light in the universe and investigateextreme environments, such as black holes and pulsars. The space telescopewill also examine the origin of powerful cosmic rays and possibly answerquestions about dark matter.

The GLAST instruments are slated to undergo a 60-daycheckout and calibration period before officially starting the first year ofits mission, when it will do a full-sky survey and quickly respond to anydetected sources of gamma-ray bursts.

"We're off to a great start and we're lookingforward to a new view of our universe once science operations begin," saidPeter Michelson, a principal scientist for LAT at Stanford University in California.