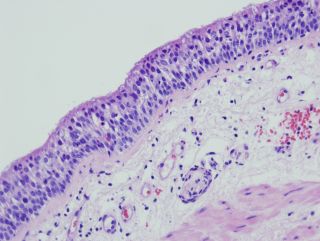 Advanced cancer research is calling on techniques used by NASA scientists who analyze satellite imagery to find commonalities among stars, planets and galaxies in space.

However, analyzing a biopsy specimen for biomarkers is not the only way in which JPL's complex machine learning algorithms can be used in the medical field. Cancer researchers can also use the space exploration tools to identify common chemical or genetic signatures related to specific cancers, which could revolutionize strategies for early cancer detection. [Captain Kirk Says Space Exploration Leads To Medical Advancements (Video)]

In a continuing effort to advance both space and medical knowledge, JPL and the National Cancer Institute (NCI) renewed a research partnership on Sept. 6, which they expect will carry through 2021. By compiling their collective findings into a searchable network, researchers from the NCI-supported Early Detection Research Network (EDRN) hope to improve early diagnosis of cancer or cancer risk by distributing their findings across the world, much like astronomers have done, NASA officials said in the statement.

"From a NASA standpoint, there are significant opportunities to develop new data science capabilities that can support both the mission of exploring space and cancer research using common methodological approaches," Dan Crichton, the head of JPL's Center for Data Science and Technology, said in the statement. "We have a great opportunity to perfect those techniques and grow JPL's data science technologies, while serving our nation."

Using the algorithms designed for space exploration, EDRN researchers have already discovered six new Food and Drug Administration-approved chemical and genetic signatures that denote the presence of cancer, called biomarkers, and nine biomarkers approved for use in Clinical Laboratory Improvement Amendments labs, according to the statement from NASA.

In addition to the EDRN, the renewed partnership will assist other NCI-funded programs, such as the Consortium for Molecular and Cellular Characterization of Screen-Detected Lesions and the Informatics Technology for Cancer Research Initiative.

Making medical data accessible across the globe will solve a common problem with uniformity. Previously, medical data such as patient age, cancer type or other characteristics was not labeled and stored uniformly (the same everywhere), so it could not be shared and studied by everyone, NASA officials said.

"We didn't know if they were early-stage or late-stage specimens, or if any level of treatment had been tried," Sudhir Srivastava, chief of NCI's Cancer Biomarkers Research Group and head of EDRN, said in the statement. "And JPL told us, 'We do this type of thing all the time! That's how we manage our Planetary Data System.'"

In the years to come, the NCI plans to incorporate image-recognition technology to help archive images of cancer specimens from the EDRN. Then, much like how computer algorithms comb through images of star clusters, these images could be analyzed for early signs of cancer based on a patient's age, ethnic background and other demographics, Crichton said in the statement.

"As we develop more automated methods for detecting and classifying features in images, we see great opportunities for enhancing data discovery," Crichton added. "We have examples where algorithms for detection of features in astronomy images have been transferred to biology and vice versa."