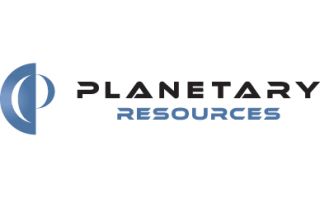 While details of the company, called Planetary Resources, Inc., and its mission are still under wraps, officials with the enterprise did state that "the company will overlay two critical sectors — space exploration and natural resources — to add trillions of dollars to the global GDP," according to media alert sent to reporters today (April 18).

"This innovative start-up will create a new industry and a new definition of 'natural resources,'" company officials said in the statement.

Diamandis is chairman and CEO of the X Prize Foundation, which offers prizes for technological feats, as well as a co-founder of Zero-G Corporation, which offers commercial flights to experience weightlessness aboard a modified Boeing 727-200 jet. Anderson, meanwhile, is the chairman and co-founder of Space Adventures, the only company ever to broker multimillion-dollar flights for private citizens to the International Space Station. Simonyi, for example, flew to the space station twice with Space Adventures, most recently in 2009 on a trip that cost a reported $35 million.

Other big investment icons and spaceflight industry veterans form the core of Planetary Resources' team, according to the media alert.

The company named "Titanic" filmmaker James Cameron and Google's Larry Page and Eric Schmidt among its groupof investors and advisors. Others on board include Simonyi, Google board of directors founding member K. Ram Shriram and Ross Perot, Jr., who is chairman of Hillwood and the Perot Group.

When Planetary Resources makes its big reveal next week, it will be the second billionaire-backed private space company to be announced within the last six months.

In December, Microsoft co-founder Paul Allen unveiled his new company Stratolaunch Systems, which plans to build the world's largest airplane and use it as an air-based launch pad to send people into orbit.