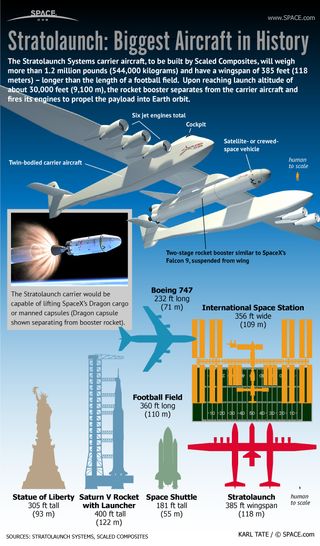 Billionaire investor Paul Allen has unveiled a new company, Stratolauch Systems, to provide private rocket launches into Earth orbit from a giant aerial launch platform made up of the biggest airplane in history. The novel launch system will use a giant twin-boom airplane with a wingspan longer than a football field and launch a rocket and space capsule designed by the private spaceflight company SpaceX. See how the Stratolaunch system stacks up in the SPACE.com infographic above.