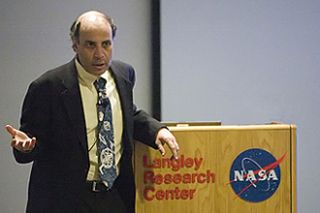 WASHINGTON — Rumors of the death of NASA’s planetary science program are greatly exaggerated, according to the head of the agency division responsible for that activity.

“It is not true the planetary program is being killed,” Green told subcommittee members participating via telephone and Internet. He was referring to an assertion by Robert Zubrin, an outspoken advocate of Mars exploration, in an opinion piece published Oct. 26 by the Washington Times.

“Word has leaked out that in its new budget, the Obama administration intends to terminate NASA’s planetary exploration program,” Zubrin wrote. “The Mars Science Lab Curiosity, being readied on the pad, will be launched, as will the nearly completed small MAVEN orbiter scheduled for 2013, but that will be it. No further missions to anywhere are planned.”

Zubrin is the president of the Mars Society, a group based in Lakewood, Colo., that advocates for manned and robotic missions to Mars.

NASA’s Planetary Science division does indeed face a shrinking budget. U.S. President Barack Obama, in his 2012 NASA budget request, asked for $1.54 billion for planetary science, but funding for that account is projected to decline steadily in subsequent years, to about $1.27 billion by 2016.

In their 2012 spending bills for NASA, the House and Senate Appropriations committees allocated $1.5 billion to planetary science. To date, neither chamber has brought a bill that includes NASA’s budget up for a floor vote.

The U.S. government is currently funded by a temporary spending measure that preserves 2011 funding until Nov. 18. The federal government’s fiscal calendar turns over Sept. 30.