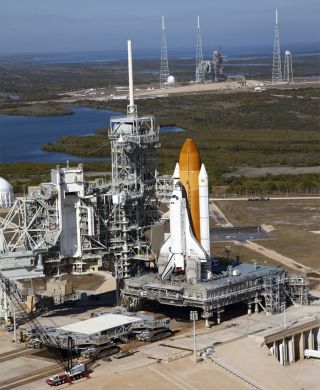 CAPE CANAVERAL, Fla.  - NASA technicians performed a quick repair on space shuttle Discovery just in time to get back on track for a launch attempt today at 4:50 p.m. EST (2150 GMT).

"We're recommended to go ahead and continue at this time," said NASA test director Steve Payne following the repairs. "We're in a go configuration for flight."

The issue arose when some of the black thermal covering on one of the tiles around the hatch of the shuttle's crew compartment was chipped when technicians at the launch pad removed some protective paper.