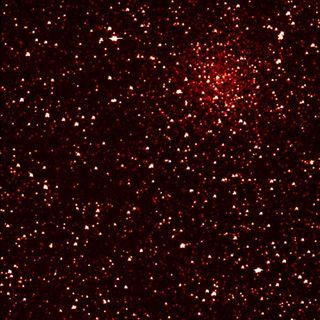 This image shows a small portion of Kepler's full field of view, and includes an eight-billion-year-old cluster of stars 13,000 light-years from Earth, called NGC 6791. A non-profit organization not affiliated with NASA is offering members of the public the chance to "adopt" these stars.
(Image: © NASA/JPL-Caltech)

Though it's impossible to own a star, now you can adopt one.

A new program offers people a chance to "adopt"one of the stars in a catalogue of targets where scientists hope to find Earth-likeextrasolar planets.

For $10, members of the public can select a star to adoptfrom the catalogue, and receive an e-mail certificate and updates if anyplanets are discovered around their star. All the money raised goes towardfunding scientific research on the stars.

The stars up for adoption are targets for NASA's Keplerspacecraft, which launched in March on a quest to search for smallterrestrial planets in roughly one-year orbits around other stars. These kindsof planets may be our best chance at finding habitable worlds beyond the solarsystem.

The adopt-a-star program, called the Pale Blue Dot project,is run by a non-profit organization that is not affiliated with or endorsed byNASA. So far, Pale Blue Dot has raised about $10,000 to fund the KeplerAsteroseismic Science Consortium, a project to measure the absolute sizes ofthe stars on Kepler's target list. This endeavor is separate from Kepler's mainmission to hunt for planets, and is not covered by the mission's $600 millionNASA budget.

"The method that Kepler uses to detect planets aroundother stars only tells you the size of the planetcompared to star," said Travis Metcalfe, an astronomer at the NationalCenter for Atmospheric Research in Colorado who leads the adoption project."Our group measures the size of the star."

Using data from Kepler as well as ground-based telescopes,the consortium plans to analyze small oscillations in the stars' light todetermine the stars' densities, masses and radii. The astronomers can use thisinformation to calculate the absolute sizes of any planets around the stars, aswell as the stars' ages, chemical compositions and rotation rates.

"We are a group of international collaborators who arecontributing to the Kepler mission, but we're not funded by NASA,"Metcalfe told SPACE.com. "The Pale Blue Dot project is part fund-raising,part educational outreach."

When someone adopts a star, it is tagged with the sponsor'sname, both in Google Sky and in a text version of the catalog. The programmakes sure that no two people can adopt the same star.

"We wanted to distinguish ourselves from the phonyname-a-star companies," Metcalfe said. "We also wanted toundercut their prices."

Many companies claim to sell a chance to name a star, butthese are gimmicks. Only the International Astronomical Union (IAU) can bestowofficial names on celestial objects, and most stars only get numbers, notnames. Those naming rights are not sold.

A NASA statement further clarifies, "Any names given tostars through this venture (or planets found) will NOT be recognized either byNASA, the Kepler project or the International Astronomical Union."