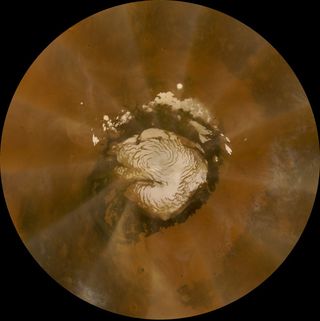 PARIS— European Space Agency (ESA) governments tentatively have agreed to delay thelaunch of Europe's first-ever Mars rover by a little more than two years, to2016, as part of a broader effort to rein in project costs and seek deepercooperation with NASA and the Russian space agency, European governmentofficials said.

Thedecision, made at an Oct. 15-16 meeting of ESA member governments at theagency's headquarters here, remains fragile because some governments still areresisting the price tag of the Enhanced ExoMarsmission: 1 billion euros ($1.34 billion), not including the23 instruments to be paid for by various national laboratories.

Severalgovernments, including Italy, balked at the price and said they would notparticipate at the expected level in the program.

Seekingto find a compromise in time for a Nov. 25-26 meeting of ESA governmentministers, who will issue a formal yes-or-no decision on the mission, ESAproposed that the launch slip to early 2016, and that the ESA-funded budget becapped at 1 billion euros.

Agencyofficials already had said the 2013 date would be difficult to meet. Fixing thelater date will permit project managers to run Enhanced ExoMars less like acrash program, where costs are often under pressure. It also gives them moretime to reach formal agreements with NASA and the Russian space agency,Roskosmos, on possible contributions to the rover payload and other missionelements.