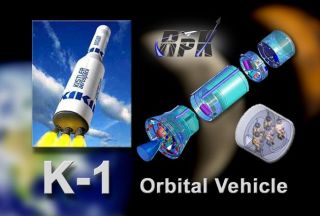 WASHINGTON -NASA could be forced to delay its selection of a new contender for spacestation resupply contracts if the $516 billion domestic spending measureapproved Dec. 17 by the U.S. House of Representatives becomes law.

At leastseven firms submitted proposals in November for $175 million in funding NASAplans to award by February under its CommercialOrbital Transportation Services (COTS) demonstration program. The COTSprogram, established in 2006, aims to foster development of commercial space transportationservices capable of delivering cargo and eventually crew to the International SpaceStation.

By pullingthe plug on Rocketplane Kistler, NASA freed up the $175 million it plans toaward to someother firm around February.

But reportlanguage accompanying the omnibus spending bill Congress hopes to send toPresident George W. Bush for his signature before Christmas directs NASA topostpone making a new COTS award until it resolves its dispute with RocketplaneKistler, which has threatened to sue the U.S. space agency in federal court.

"[T]heAppropriations Committees note that one of the two COTS contracts is currentlyin dispute, and are concerned by NASA's recent decision to re-compete thedisputed contract before all challenges have been resolved," the reportlanguage states. "In doing so, NASA could potentially create a liabilityto fund three proposals instead of two as originally envisioned, increasing thecosts of this program to the taxpayers.

Therefore,NASA is directed not to select a new contractor until all challenges aredecided. Further, the Government Accountability Office (GAO) is directed toperform a full review of COTS program expenditures and management."

Thespending measure also cuts what NASA would get to spend on COTS next year byone-third, providing only $160 million of the $236 million it had requested forthe program.

Therestrictions should come as no surprise to NASA. Rocketplane Kistler hadthreatened this fall to lobby Congress for the restrictions unless the agencyagreed to give the company $10 million it felt it was owed for progress it hadbeen making on the K-1 reusable rocket before NASA terminated its COTSagreement.

Overall,the omnibus bill would provide the full $17.3 billion Bush requested for NASA,but would put more money into the agency's science and aeronautics programs at theexpense of its exploration initiative, which includes the COTS program.

Among someof the other changes lawmakers included: