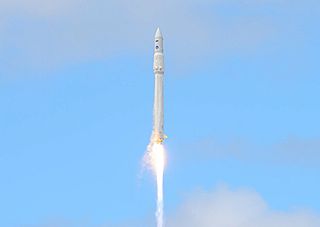 The Angara rocket is a family of Russian boosters that have been in development since the 1990s. The rocket had two test launches in 2014; the first commercial flight is planned in 2019. It will replace the Proton rocket, which is used today to launch satellites into low-Earth orbit (LEO).

The two active versions of Angara are the Angara 1.2pp and the Angara 5.

Angara was first launched from the Plesetsk Cosmodrome, which about 500 miles (800 kilometers) north of Moscow. Starting in 2024, Angara will also launch from Russia's newer Vostochny Cosmodrome in the far east of the country.

The eventual plan is to use Angara to replace the popular Proton rocket. Proton launches from the Baikonur Cosmodrome in Kazakhstan. The Russians lease the launch site for $115 million annually. Proton stages commonly fall in designated drop zones surrounding Baikonur. In past years, the Kazakhs have protested the use of Proton due to its toxic fuels and some reliability issues, according to Aviation Week.

Vostochny will be cheaper for commercial customers to use than Plesetsk, said Russian space historian and journalist Anatoly Zak. "The Plesetsk-based Angara would be taxed particularly hard when carrying satellites to the equatorial (geostationary) orbit — its main destination," Zak wrote. Plesetsk is in the far north of Russia and is better designed for polar orbits; moving to equatorial orbits would use a lot of fuel.

"While the Russian government could tolerate this situation for the sake of its strategic independence, the Angara would face an uphill battle on the international market for the most economical way of delivering commercial satellites," he added. "To resolve the problem, the Russian space agency, Roscosmos, considered building an entirely new launch site in the nation's Far East."

Angara has two active types: Angara 1.2pp and the heavy-lift Angara A5. The rockets are being developed by the Khrunichev State Research and Production Space Center in Moscow, and are expected to send payloads to low Earth orbit that range between 8,400 and 54,000 lbs. (3,800 and 24,500 kg).

Currently, only the Angara 1.2 is marketed on International Launch Services, a commercial company that sells payload space on Russian rocketry. It says the rocket is suitable for highly inclined and polar orbit missions, with an "effective cost per kilo for launch."

The first Angara rocket (version 1.2PP) launched from Plesetsk Cosmodrome on July 9, 2014. The suborbital flight carried a mass simulator on board that stood in place of a payload. The launch was successful.

The second Angara flight took place on Dec. 23, 2014, using the Angara A5 variant and a Briz-M upper stage. It launched from Plesetsk Cosmodrome and also carried a mass simulator, fulfilling its objectives successfully. While Russian space officials said the Angara A5 was twice as expensive as a Proton launch, Zak wrote, they "expressed confidence that the price per launch would come down significantly as the launch vehicle enters mass production."

Three flights are planned in 2019. The first two flights will be to low Earth orbit, using the Angara A1.2 rocket variant; each will carry three Gonets-M satellites for Russian communications.

The third launch in 2019 will use the Angara A5P variant to launch a satellite called Luch-5M to geosynchronous orbit. Then in 2020, the Korea Aerospace Research Institute plans a launch on an Angara A1.2 orbit; its satellite, called KOMPSAT-6, will perform Earth observation.