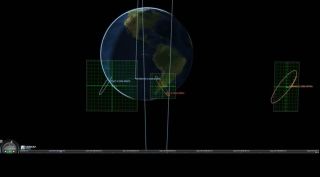 WASHINGTON — A 20-year old satellite in fleet operator EchoStar's constellation is drifting after an anomaly the company said has crippled communications.

Englewood, Colorado-based EchoStar said EchoStar-3 "experienced an anomaly of unknown origin" during a relocation maneuver last week "that has caused communications with the satellite to be interrupted and intermittent."

Built by Lockheed Martin and launched in 1997 on an Atlas 2AS rocket, the satellite was operating five years past its design life, and had been placed in a fuel-saving inclined orbit for the past three-plus years, EchoStar said.

"EchoStar has received FCC authority for its current flight configuration, and we are working in cooperation with the satellite manufacturer to re-establish a reliable link in order to recover and retire the spacecraft," Derek de Bastos, EchoStar Satellite Services chief technology officer, said in an Aug. 2 statement. "In spite of the anomaly, we believe that the current EchoStar III orbit does not present a significant risk to the operating satellites in the geostationary arc."

ComSpOC, a commercial space situational awareness facility run by Exton, Pennsylvania-based Analytical Graphics Inc., has been tracking EchoStar-3 drifting westward along the geostationary arc at a rate of 0.1 degrees per day from 87.2 degrees west. The out-of-commission satellite follows SES's AMC-9 satellite that experienced an anomaly the weekend of June 17 that also set it drifting. AGI's ComSpOC tweeted July 7 that AMC-9 was drifting westward at roughly 0.2 degrees per day.