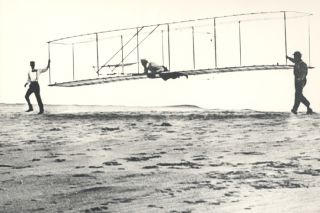 The 1902 test gliders were extremely important to the development of the first powered airplane. The new glider design was based on the wind tunnel tests performed by the Wrights in 1901. The improvements to the glider included a new rudder that helped provide three-dimensional control of the aircraft.