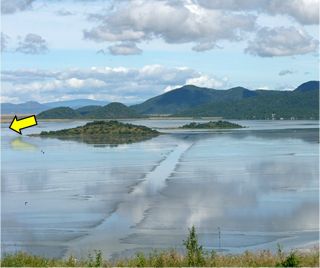 New evidence supports the idea that a huge space rock collided with our planet about 13,000 years ago and broke up in Earth's atmosphere, a new study suggests.

This impact would have been powerful enough to melt the ground, and could have killed off many large mammals and humans. It may even have set off a period of unusual cold called the Younger Dryas that began at that time, researchers say.

The idea that Earth experienced an asteroid or comet impact at the start of the Younger Dryas has been controversial, in part because there is no smoking-gun impact crater left behind as with other known events in our planet's past. But researchers say it's common for space rocks to disintegrate in the heat of a planet's atmosphere before they can reach the ground.

The scientists first reported their suspicions about the event in 2007. Now, they say, a new site in Central Mexico's Lake Cuitzeo displays telltale signs of an impact, including melted rock formations called spherules and microscopic diamonds that could only have formed under extreme temperatures.

The researchers, led by Isabel Israde-Alcántara of Mexico's Universidad Michoacana de San Nicólas de Hidalgo, published their findings online March 5 in the journal Proceedings of the National Academy of Sciences.

"If you don't have a crater, you're a little bit lost," said space scientist Ted Bunch of Northern Arizona University, a member of the research team. "Here what we have is something similar to an aerial bomb blast. With these aerial bursts, with time all the evidence is wiped away unless it's buried." [Best Close Encounters of the Comet Kind]

In addition to the Mexican site, the scientists have found signs of an impact in Canada, the United States, Russia, Syria and various sites in Europe. And all of these bits of evidence were found buried in a thin layer of rock that dates to precisely 12,900 years ago.

"If you have an event like this in a 1- or 2-inch layer that dates to exactly the same age over a very large area, and you have high-temperature materials and nanodiamonds in there, the evidence pretty well points to an event that as pretty disastrous," Bunch told SPACE.com.

This wouldn't have been the only aerial impact event ever to hit Earth. Scientists think a space rock exploded over Siberia in 1908, flattening 500,000 acres (2,000 square kilometers) of forest in what's known as the Tunguska event.

If a comet, which would have been traveling at about 30 miles per second, impacted Earth's atmosphere, it would have created a flash of extreme heat reaching about 3,000 to 4,000 degrees Fahrenheit (1,600 to 2,200 degrees Celsius).

In addition to melting the ground, such temperatures would have proven cataclysmic to many kinds of life.

At the same time that the impact may have taken place — 12,900 years ago — Earth was beginning a mini ice age. It is known that many large animals, such as the mammoth and the saber-toothed cat, did not survive this age. There's even evidence of a population decline in humans living in North America at the time, called the Clovis culture.

The researchers aren't claiming that the comet impact caused the climate changes at the time, but Bunch said such an event would have had a significant effect on Earth's climate.

"We're not going to come out and say it did do it, but it's more than a coincidence that the timing happened exactly the time that a lot of climatic conditions occurred and you had the loss of various species," Bunch said.

Still, the researchers predict some skeptics will remain unconvinced that Earth was hit by space rock during the Younger Dryas.

"There's always going to be theoretical and statistical people who would never believe it even if they were there," Bunch said."I think what we're trying to do is open up a vista there for people to examine the data themselves and make their own conclusions."