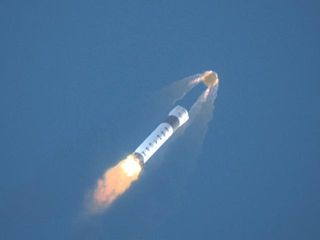 The private spaceflight company SpaceX has notched another milestone, bringing its Dragon capsule one step closer to carrying astronauts to Earth orbit and back.

NASA has approved the preliminary design review of SpaceX's launch abort system, which will help crews aboard the Dragon capsule get out of harm's way should any problems crop up during liftoff, company officials announced last week. With this hurdle cleared, SpaceX can now start building hardware for the system.

"Dragon’s integrated launch abort system provides astronauts with the ability to safely escape from the beginning of the launch until the rocket reaches orbit," SpaceX's David Giger, co-lead of the DragonRider program, which is upgrading the capsule to carry crews, said in a statement. "This level of protection is unprecedented in manned spaceflight history."

The gumdrop-shaped Dragon stands 9.5 feet (2.9 meters) tall and measures 11.8 feet (3.6 m) wide at its base. SpaceX envisions it carrying seven astronauts. [The Falcons and Dragon of SpaceX]

Since the space shuttle fleet retired in July 2011, NASA has lacked the ability to loft astronauts to the International Space Station (ISS) or other destinations in Earth orbit. The space agency is now dependent on Russian Soyuz vehicles to provide this taxi service.

However, NASA wants private spaceflight companies like SpaceX to step up by the middle of the decade. NASA gave SpaceX $75 million in April 2011 during the second round of its Commercial Crew Development Program, primarily to help the company develop the launch abort system.

SpaceX's design for this system is different than the traditional rocket escape tower, which generally must be jettisoned during every launch. Rather, SpaceX incorporates engines into Dragon's side walls. The abort system returns to Earth with the capsule, allowing for reuse, company officials said.

These same escape thrusters will eventually enable Dragon to land accurately on Earth or another planet, officials said. (The current version of the capsule relies on splashdowns.)

And SpaceX does plan to send Dragon farther afield than low-Earth orbit. The company is working with NASA on a so-called "Red Dragon" mission, for example, which would go to Mars to hunt for signs of life.

SpaceX also holds a $1.6 billion NASA contract to make 12 supply flights to the space station using an unmanned version of Dragon. Last December, the company made its first orbital test flight with the capsule, which launched atop SpaceX's Falcon 9 rocket.

A second demo flight, which should dock Dragon to the orbiting lab, is likely to take place place in January or February 2012.

If all goes well with that test run, the capsule's next flight would be an operational supply flight, SpaceX officials have said.