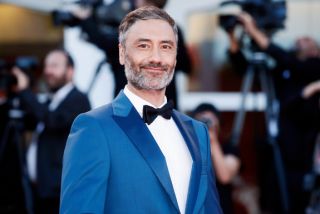 "Thor: Love and Thunder" writer/director Taika Waititi has signed on to write and direct a "Star Wars" film, as announced at StarWars.com.

Waititi has been rumored to be in talks to helm a "Star Wars" movie for some time, but previously played coy about the possibility it would actually come to pass. He directed the acclaimed finale of "The Mandalorian" season one as well as voicing the character IG-11.

Waititi will co-write the script with "1917" writer Krysty Wilson-Cairns. No details about the plot and setting of the film have been revealed.

Related: Disney Plus drops epic 'Star Wars: The Skywalker Saga' trailer for May the Fourth