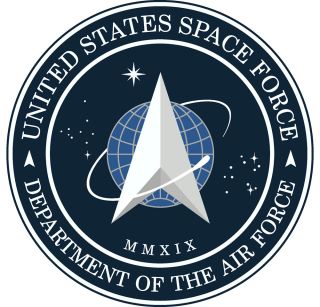 President Donald Trump on Friday (Jan. 24) officially unveiled the logo for the U.S. Space Force and the reaction has been strong. It might just be because the logo, which draws heavily on the new military branch's Air Force heritage, bears a striking similarity to a "Star Trek" insignia.

Trump announced the new Space Force logo on Twitter, the latest in a series of reveals for the newest branch of the U.S. military that included the service's new uniform nametapes last week, as well as the swearing in of Gen. John W. Raymond as Chief of Space Operations.

"After consultation with our Great Military Leaders, designers, and others, I am pleased to present the new logo for the United States Space Force, the Sixth Branch of our Magnificent Military!" Trump wrote in his announcement.

Related: Presidential Visions for Space: From Ike to Trump

After consultation with our Great Military Leaders, designers, and others, I am pleased to present the new logo for the United States Space Force, the Sixth Branch of our Magnificent Military! pic.twitter.com/TC8pT4yHFTJanuary 24, 2020

"Thank you for your continued leadership & support and . I couldn’t be more proud of our team as we continue to provide critical space capabilities for America (GPS, SATCOM, Missile Warning) while building our newest Armed Service," Raymond said wrote in response.

Some Space Force watchers were quick to point out the new logo's similarities to the arrow-like "Star Trek" insignia that the iconic science fiction TV series and film franchise has used for decades.

President Trump appeared to unveil the new US Space Force logo — and it bears an uncanny resemblance to the "Star Trek" insignia https://t.co/XXb6HSkKmV pic.twitter.com/RNrymkfj8NJanuary 25, 2020

The resemblance is clearly there, but the Space Force logo borrows more directly from its own military origins, with much of the look coming from the Air Force Space Command seal. That Space Command logo was also dominated by an arrow-shaped delta insignia set upon a stylized Earth with stars orbiting the planet, although that emblem had a more shield-like shape instead of the space mission patch look of the Space Force logo.

For those excitedly tweeting that Trump stole the Star Trek logo!!!!, the patch on the left was the existing Air Force Command logo. The same one I wore as a Lieutenant in 2005. pic.twitter.com/mYb60YioBPJanuary 24, 2020

Space Force officials, for their part, have laid out the exact meaning behind the new logo and its symbolism.

"The creation of the U.S. Space Force seal pays tribute to the newest Armed Service that organizes, trains, and equips space forces in order to protect U.S. and allied interests in space and to provide space capabilities to the joint force," Space Force officials wrote in a Facebook post Friday.

"The U.S. Space Force seal honors the Department of the Air Force's proud history and long-standing record of providing the best space capabilities in the world," Space Force officials added. "The delta symbol, the central design element in the seal, was first used as early as 1942 by the U.S. Army Air Forces; and was used in early Air Force space organization emblems dating back to 1961. Since then, the delta symbol has been a prominent feature in military space community emblems."

Trump officially launched the U.S. Space Force in December when he signed the $738 billion National Defense Authorization Act for Fiscal Year 2020. Raymond was sworn in as Chief of Space Operations for the service on Jan. 14.

The Space Force is designed to safeguard U.S. assets and interests in space, as well as ensuring American leadership in the final frontier. Avoiding a military conflict in space is another major goal of the service, Raymond has said.

"We want to deter that conflict from happening," he said after being sworn in by Vice President Mike Pence last week. "The best way I know how to do that is through a position of strength."