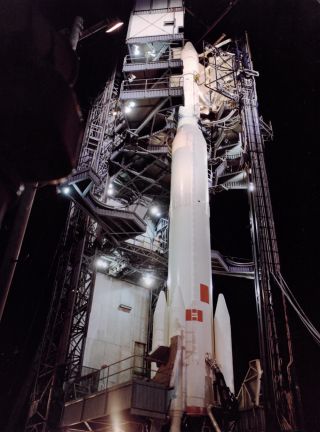 In this historical photo from the U.S. space agency, on October 21, 1971, this Delta rocket carrying the Improved TIROS Operational Satellite (ITOS-B) lifted off from NASA's Western Test Range in California. The flight failed.

Engineers determined that a nitrogen jet system in the rocket's second stage failed to maintain a stable attitude during the coast phase of the launch. Consequently, the satellite never achieved a usable orbit.

NASA developed, launched and operated the ITOS weather satellites for what was then known as the National Environmental Satellite Service of the National Oceanic and Atmospheric Administration. The satellite was supposed to provide routine weather observations.